Thanks to everyone who responded to our email of 3rd March regarding Southwark’s proposal to introduce car parking charges in parks, borough-wide.

Emily Montague and Trevor Moore met with park management and local councillors Andy Simmons, Margy Newens and Richard Leeming on 8th March. They agreed council officers should have informed us earlier of plans to charge for parking and that the report published had a number of errors and some ambiguity.

They acknowledged that the main driver is to raise funds and that other cost cutting measures have been explored (reducing litter clearance, relaxing mowing regimes, more commercial events, less staff etc). They said the revenue raised will prevent further cuts to the Park’s budget.

The upshot of the Friends’ (and others’) contact with the relevant cabinet member Rebecca Lury is that the process has been delayed. The Council will be undertaking a six week consultation from 1st April-13th May. The latest information we have is at this Southwark link:

It is unlikely that there will be a unanimous view among members of the Friends. We urge you to make your own individual response to the consultation if you have views you would like taken into account. Bear in mind that the ‘in principle’ decision to introduce charges has been made, but valid and constructive input should influence the manner in which, and on what basis, the charges are introduced.

The Friends will of course be responding to the formal consultation when it goes live. In that process, in addition to any others that arise from the nature of the questions, we will repeat points made at the meeting with councillors. We asked:

• that local residents and resident associations, who undoubtedly would be affected by displacement of cars, be included in the consultation

• that if parking charges were introduced options such as free parking for the first 2 hours, annual permits and free days should be considered. 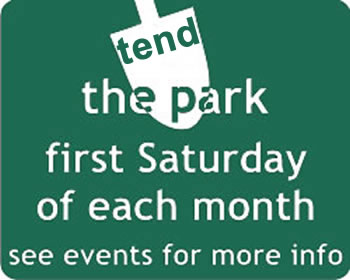