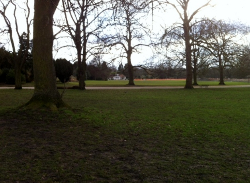 Many members of the Friends’ committee attended the Dulwich Community Council meeting on 28th January and Trevor Moore spoke on their behalf.  After some debate about the cycling strategy, the chair of the meeting, Councillor Simmons, confirmed that Dulwich Park would not be part of the possible cycle spine, and that park opening hours would not be extended into the hours of darkness.  He announced this as being with the authority of the relevant cabinet members.

There was also discussion about the consultation process for the cycle spine, which was felt by many to have been inadequate.  The Friends, for example, were not notified early about the project, and there was particular concern for people with no internet connection.